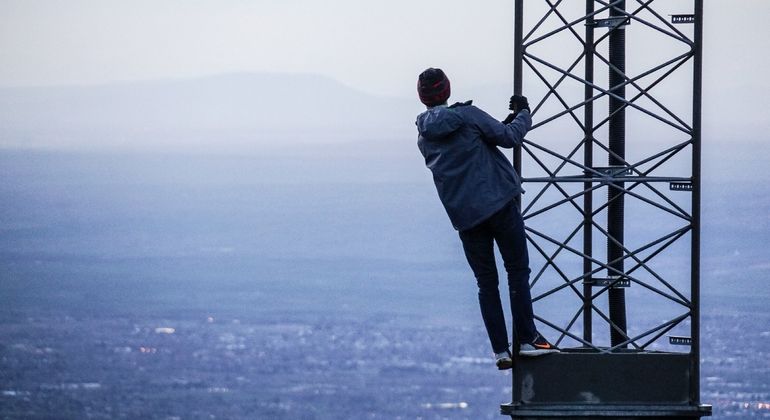 Is 5G a Data Business?

This is why 5G is a technological breakthrough compared to previous generations. This break is seen for some as an industrial revolution: 5G makes it possible to connect several technologies (the cloud, artificial intelligence, IoT-Internet of things and virtual/augmented reality) which will feed on each other to meet better new customer expectations and the challenges of tomorrow’s markets. 5G will enhance our connected lives with innovations.

How and when will 5G affect the global economy? First, 5G is driving global growth.

But what is the difference between 5G and 4G? And how can it make completely new connected use cases possible? Let’s dive in!

Electromagnetic waves are weakened, which increases with distance from the point of emission. Because the intensity of a signal weakens rapidly as distance rises, communication becomes more difficult. It diminishes by the square of the distance from the beginning place, according to mathematics. That implies the signal is just one-fourth as powerful if you’re twice as far away. Or the signal is just one-ninth as powerful if you’re three times as far away.

This correlation is known as the reverse-square law of electromagnetic propagation. This is caused by how radio waves behave. They start close to one another when the antennae first project them and then spread out as they get farther from their source.

The weakening of the analogue signal can be compensated by amplifiers that restore its power but do not correct any distortions. The digital signal coding allows, in principle, an exact transmission, the bit pattern restored exactly by the repeaters.

The lower the frequency of a wave, the larger its usable range. The higher the frequency, the greater the usable rate, or bandwidth, that the wave can convey. As a result, using waves always entails a trade-off between range and throughput.

The mobile telephony transmits its signal over the air. Therefore, communications must avoid interference.

Communication protocols assume a dialogue between the antenna and the user’s phone. The cells must be smaller as the number of potential users is higher. They will therefore be large in rural areas, confined in cities. Each cell is subject to dimensioning. When demand exceeds it, the network rejects calls. The smaller the cells, the greater the number of antennas, especially in cities. Communication must not be interrupted when the user moves from one cell to another.

Mobile networks are the source of many different types of communication on cell phones, tablets and computers. Thanks to these, it is possible to make and receive calls, communicate by SMS, and browse the Internet. A mobile network is a telephone network system that operates today using radio frequencies. Each type of network can operate thanks to the antennas to which the terminal is connected. The type of network, that is, its generation, determines the speed of a page load and the quality of communications.

What is the big difference with 4G? The theoretical speed of 4G is between 150 Mbs and 300 Mbs for 4G + (and can go up to 1 Gbit / s). 4G + makes it possible to aggregate 2 or 3 frequency bands, which improves downlink speeds. It is a network that is certainly fast and efficient, but in comparison, 5G allows Internet speeds that are up to 10 times faster and more efficient than 4G. For example, the maximum download speed for 5G is 20 Gbps, while it is 1 Gbps for 4G.

5G consumes ten times less energy than 4G for the same amount of data transported8. More generally, the 5G network responds to an environmental issue, with strong potential for energy savings and better control of the diffusion of waves. In addition, the various 5G radio technologies make it possible to reduce the energy consumption of the network and terminals.

The evolution of techniques affects the qualitative parameters of the service, such as bandwidth, quality and throughput of the communication, latency and the confidentiality ensured by encryption.

Since 5G is an “Ultra High Speed” network, it promotes several activities, and it has positive impacts in several economic sectors. For example, smart agriculture can develop, but also connected vehicles or telemedicine.

Connected objects such as tablets, smartphones and computers, virtual reality headsets, and intelligent vehicles are also experiencing a boom thanks to 5G. Indeed, within a few years, connected objects will develop more and more and take an important place in our daily lives.

In the evolution of this business model, the first one was historically those of the telecoms. An operator had to seek the economic balance between the receipts of mobile telephony (subscriptions, plans, payment to the consumption and possibly according to the distance, “roaming”) and capital and operating expenses.

Mobile telephones have brought a diversification of services and transformed traffic statistics, particularly with the video, which has increased the requirements for dimensioning.

Who created 5G? The technology of 5G was designed in cooperation between many different companies and organizations across the world.

The evolution of technical generations (2G, 3G, 4G, 5G) is prepared during negotiations to define the standards and protocols. Each operator strives to orient the choices in the direction that is favourable to its business concerning its R&D. Patents are bought and sold, thus becoming the subject of speculative trade.

Each new generation requires a significant investment. As a result, equipment manufacturers and operators rethink a new business model.

The shift from mobile telephony to the ubiquity of computing resources has increased the possibilities of diversifying services based on data exploitation. The Internet of Things will allow the industrialization of distribution involving producers, logisticians, stores, and consumers.

Another breakthrough offered by 5G is architecture. 5G is revolutionizing the mobile world as the cloud has revolutionized corporate networks. As a reminder, the cloud makes it possible to decorrelate the storage of data and the processing of applications by making them accessible everywhere and to all, without limitation of location, means, and storage.

Security is managed at the global level of the company and not on the only 5G network, which represents only one link. The company must determine the security mechanisms, ensure a “security by design”.

Edge computing is possible due to the virtualization of the 5G architecture. However, the software world is generally not very standardized. Moreover, the need for edge computing becomes more and more pressing with the exponential increase in data.

Data access and exploitation rights are negotiated and then managed, partnerships define a sharing of revenues, expenses and responsibilities, the execution of contracts triggers transactions in principle automatic, and funds accounts in principle transparent to partners.

Estimating the value of data is speculative because this value will not be revealed until later use. Data business requires skills in business engineering, computer science and statistics that few large companies have.

A telecom operator is well placed to watch the flow of data of all kinds, but it is not the best equipped to take advantage of it because data mining is not its traditional profession. Although Google, for instance, has extensive expertise in this area, other players fear losing the potential value of the data.

For example, the car, equipped with numerous sensors, is a source of data that may be of interest to the automakers (observation of uses, prevention of breakdowns), insurers (define the premium according to the quality of driving), equipment manufacturers (monitoring the wear of brakes and tires), etc.

Who will own the data? Who will be able to capture and use it? Who will produce the services? Who will trade it?

Source: Is 5G a Data Business? by Daniel Leivas

Multi-entrepreneur from Luxembourg to Brussels, I started companies in various industries (web consulting, catering,...). As a Web & IT expert, I use to work in a broad range of contexts and with a variety of audiences, combining business with a pleasure to exchange vision and views on business opportunities. Particularly interested in Product Management methodologies (PMI or Agile methods), process and business modeling, information system architecture, web development, software testing and continuous deployment, I welcome the opportunity to involve myself in a truly innovative project.