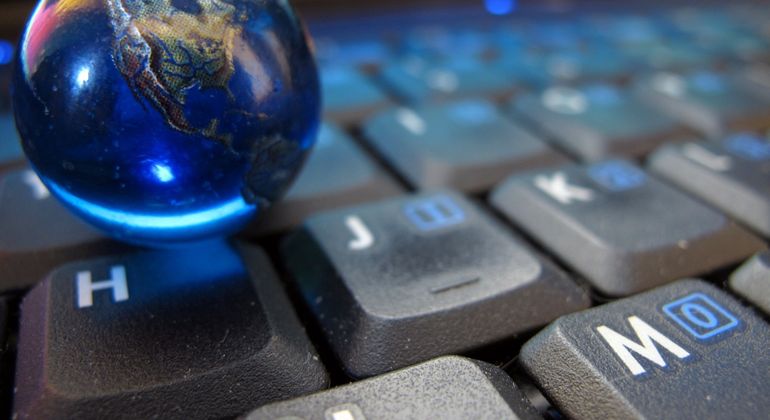 The Specter Of The Semantic Web

Daniel Leivas
Artificial intelligence (AI) technologies are becoming increasingly incorporated into our life. There is still exist a predominance of a certain mistrust of AI technologies, especially in data privacy and security. Most data scientists agree that all AI technologies have an inherent bias and risks, and this should not be the sole reason to avoid AI.

In a previous post, we have already talked about the interesting questions opened up by AI technologies like GPT-3.

However, AI technologies have advanced to a degree that enables tailored communications into Web applications, and users are increasingly feeling very comfortable with businesses using AI to interact with them. Over time, it may turn out that the benefits will outweigh the risks.

The big question is what all of this will be used for. Can we take advantage of such AI technologies like GPT-3? Do we have the choice to use these technologies wisely?

GPT-3 found its way into a myriad of uses, being employed for various text-generating systems. A large number of applications in many domains can bene%t from the contributions of this technology: solve language and syntax puzzles, code generation based on text descriptions, answer medical inquiries, or composing sheet music for guitar.

For example, think about “chatbots”. Companies have been trying for years to create chatbots that can eRectively simulate conversations with their human interlocutors. Yet despite their best eRorts, chatbots are still unable to simulate the Tuency and conversational knowledge of a real human being over an extended period of time.

Chatbots answer a wide variety of customer questions. Within an organization, chatbots can manage knowledge: who knows what and what knows who. They can also apply semantic analysis to prioritize actions based on the content and sentiment of the message.

What does GPT-3 mean for customer service? The GPT3's ability to generate human-like text can be useful for chatbots and customer service. It’s the beginning of GPT-3 chatbots. We will see what improvements GPT-3 and its successors can offer here. GPT-3 could analyze complex user queries and solve their problems automatically, without a human agent having to intervene.

Writing fiction to aid creativity is one very broad area to explore within the GPT-3 skill set. It’s incredibly impressive. Gwern Branwen has collected many experiments and artistic fiction creations of GPT-3. I especially enjoyed the Rick & Morty High IQ Copypasta. GPT-3 is like a writing buddy. This tool is a great way to create fiction for video-games, or write dialog, keep track of the characters, and generate dialog that makes sense.

But, one of the most impressive possible applications, in my point of view, could be the advent of the Semantic Web through a semantic search engine.

When I started as a web developer, more than 20 years ago, I worked with Web 1.0, the first type of web. It is above all a static web, centered on the presentation of information. But everybody talked about Web 2.0. This evolution, the “Participative” Web, totally change our perspectives. It fosters the dimension of sharing and exchanging information and content (texts, videos, images, or others). The emergence of Rich Web Applications, social networks, smartphones, and blogs give power to users. The web is becoming more democratic and dynamic. However, the proliferation of contents of unequal quality is creating infobesity that is difficult to control. The Participative Web and his consequence are well known today.

Over the years, a new concept, much more complex, appears Web 3.0 aka The Semantic Web. The term was coined by Tim Berners-Lee, one of the fathers of the Web.

The Semantic Web is the idea of the intended meaning of words or sentences could be made explicit. The text we read on the web would become contextual. This kind of web could grasp the mutual relationships and reciprocal inTuences between parts and everything in a complex world. Knowledge capable of grasping subjects in their contexts.

The web would thus develop the same natural ability as the human mind to place all of its information in context. The Web itself becomes semantic. In a word, smart.

This evolution, new wave of networking technologies, aims to organize the mass of information available according to the context and needs of each user, taking into account their location, preferences, etc. It’s a kind of web that tries to make sense of data. It is also a more portable web, which increasingly links the real world and the virtual world. It meets the needs of mobile users, always connected through a multitude of devices and smart applications.

But today, it is costly and laborious to adapt Web documents and applications, to be processed semantically. Not even mention the language problems.

For example, a very central topic of Web 3.0 is the semantic search. The semantics change the way the search engine understands the way we search for information and this changes the way it should understand the information stored in its search indexes. This allows a better organization of the information, ensuring more precise searches by meaning and not by textual content.

“I want to see a funny movie and then eat at a good Asian restaurant. What are my options?” Semantic search will analyze the keywords in your search, search the Internet for all possible answers, also interpret the context of your request, and then deliver appropriate results. Is it working today? Of course, not. Try to do a search on Google Images like “shirt without stripes” for instance. What do you see? Semantic search is a phenomenon fully in development.

The Semantic Web is a powerful concept designed to enable machines to understand the meaning of information on the web. But the Web 3.0 is now being used more to describe technology standards (structured markups...). In their book, The Spatial Web: How Web 3.0 Will Connect Humans, Machines, and AI to Transform the World, the authors Gabriel Rene and Dan Mapes, explain the evolution of the semantic web, and also the risks, threats, and opportunities of emerging correlated technologies.

The authors put forth the idea that the domain of what can become contextual, and consequently “semantic”, will not be limited to text. Web 3.0 will be extended into the physical world itself and becomes “spatial”. It will be a semantic web, but not only because we have embedded context into the web pages. We will embed a 3D spatial context into objects.

Many contemporary definitions of Web 3.0 lack holistic and global thinking. The authors allege, for example, that Web 3.0 can be only just a cryptocurrency-driven, peer-to-peer “Internet of Value” as many of the Blockchain faithful claim, or an “Internet of Intelligence” as the Artificial Intelligentsia suggest. It will not merely be the trillion devices “Internet of Things” or the 3D Virtual Reality Metaverse/Augmented Reality Cloud.

Web 3.0 will not be limited to any one of these definitions because, in this next era of the web, it includes all of them. A “Spatial” Web with Spatial Apps and Spatial Computing (or Spatial any other buzzword).

The converged power of AI and Quantum Computing would not only be capable of analyzing and making sense of any real- world scene but will be able to virtually recreate any scene imaginable and enable us to experience it. — Gabriel Rene, Dan Mapes

Web 3.0, or maybe Web 4.0, or whatever of the number we want to write, we are still far from the realization of this prediction. However, we can imagine building the first step, the semantic part, towards this future world. In fact, we can see the first examples of this kind of semantic search engine.

Mastery of an AI technology such as GPT-3 will quickly be synonymous with mastery of the Semantic Web, in the sense of studying the correlations and perhaps the causal links between the countless events that roam the web.

It’s absolutely amazing to be able to imagine this semantic web is at your %ngertips thanks to GPT-3. The specter of the Semantic Web returns.

Google’s indexing power is what catapulted them to becoming the primary collector of all web knowledge. Any start-up can create a new semantic search engine thanks to AI and thus create a competitor of Google. Or better than a start-up, a competitor like Apple? Apple, or other competitors, could disrupt Google’s advertising market.

I have been hearing about this “Semantic” Web for over 15 years. We are not there yet. But I’m quite surprised to see GPT-3 can pretend to paint a sketch of this reality, and give the impression of having taken one more step towards this world where the machines would understand the questions which one asks. GPT-3 is like an illusionist?

Do you think we’ll see the advent of a more semantic Web? Are we at the door of a new generation of the Web? What do you think?

Multi-entrepreneur from Luxembourg to Brussels, I started companies in various industries (web consulting, catering,...). As a Web & IT expert, I use to work in a broad range of contexts and with a variety of audiences, combining business with a pleasure to exchange vision and views on business opportunities. Particularly interested in Product Management methodologies (PMI or Agile methods), process and business modeling, information system architecture, web development, software testing and continuous deployment, I welcome the opportunity to involve myself in a truly innovative project.